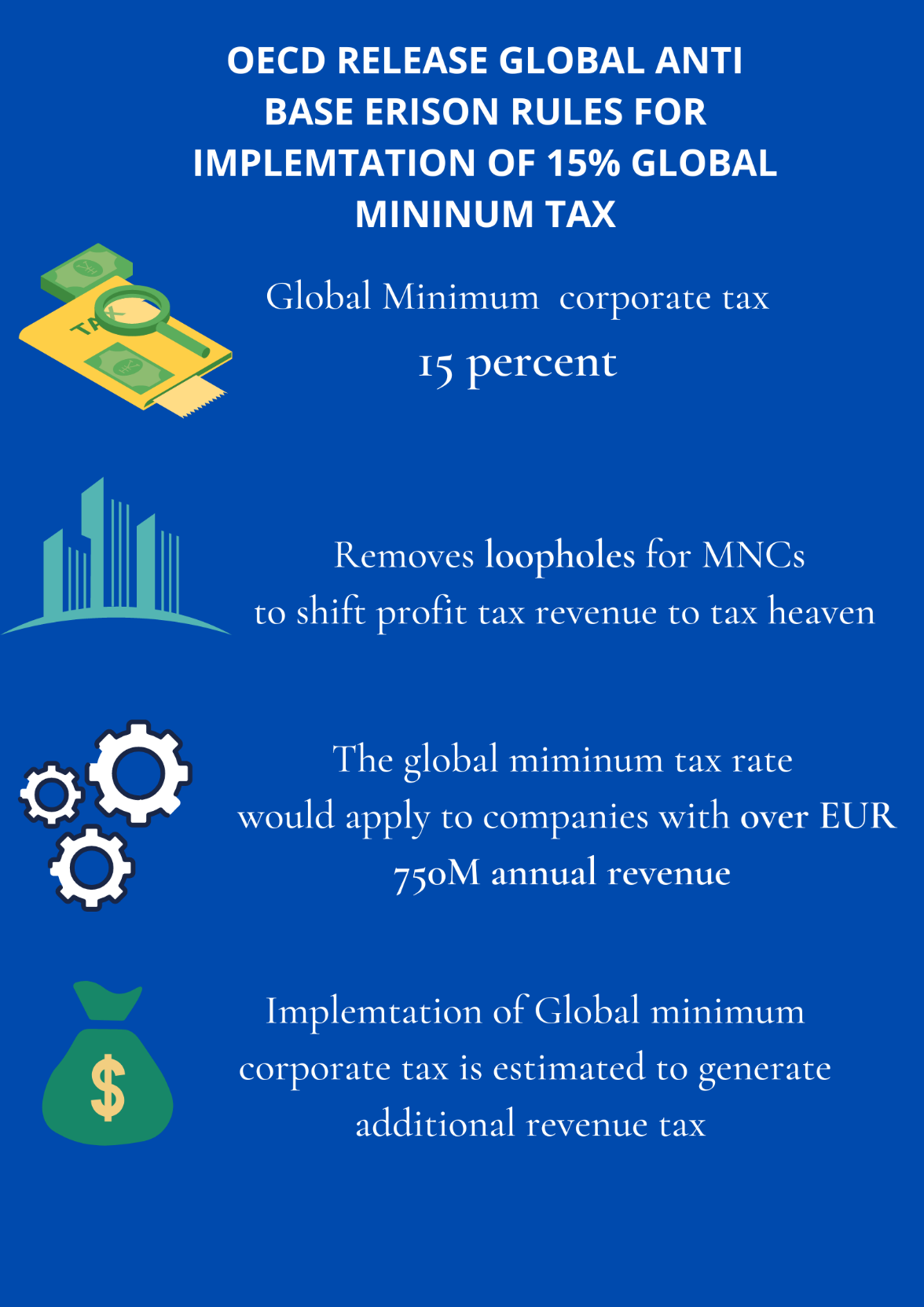 In January 2019, the OECD (Organisation for Economic Co-operation and Development) began a project with the release of a Policy Note describing two pillars of work

The Pillar Two Model Rules (also referred to as the “Anti Global Base Erosion” or “GloBE” Rules), are part of the Two-Pillar Solution which provide a precise template to the government for taking forward the two-pillar solution to address the tax challenges arising from digitalisation and globalisation of the economy agreed in October 2021 by 137 countries including India

The rules define the scope and set out the mechanism for the GloBE rules, which will introduce a global minimum corporate tax rate set at 15%. The Pillar Two Model Rules are designed to ensure large multinational enterprises (MNEs) pay a minimum level of tax on the income arising in each jurisdiction where they operate.

The new Pillar Two model rules will assist countries to bring the GloBE rules into domestic legislation in 2022. They provide for a co-ordinated system of interlocking rules that:

The COVID-19 crisis has caused financial strain to the global economy, hence the governments wanted to discourage multinational companies from shifting profits and tax revenues to low tax countries or tax-havens.

The minimum tax will apply to MNEs with revenue above EUR 750 million and is estimated to generate around USD 150 billion in additional global tax revenues annually.

HOW DOES IT WORK

The global minimum tax rate would apply to overseas profits. Governments could still set whatever local corporate tax rate they want, but if companies pay lower rates in a particular country, their home governments could “top-up” their taxes to the minimum rate, eliminating the advantage of shifting profits. 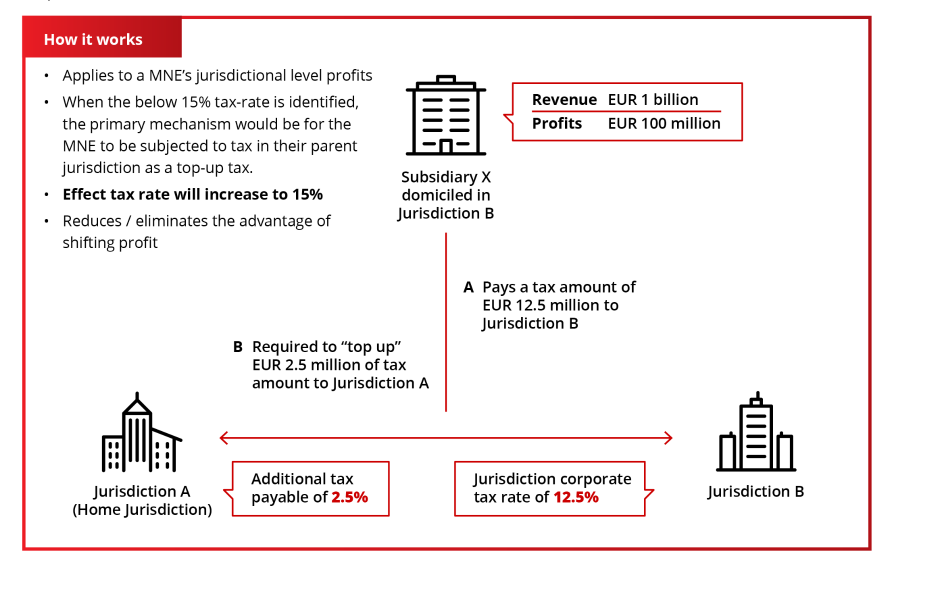 Conclusion: Income from intangible sources such as drug patents, software, and royalties on intellectual property has increasingly migrated to Tax Havens, allowing companies to avoid paying higher taxes in their traditional home countries. The GMT targets to stop this outflow of tax revenue from origin countries.