Trust created for advancement of education, promotion of public health and comfort, relief of poverty, furtherance of religion, or any other purpose regarded as charitable in law. Benevolent and philanthropic purposes are not necessarily charitable unless they are solely and exclusively for the benefit of public or a class or section of it. Charitable trusts(unlike private or non-charitable trust) can have perpetual existence and are not subject to laws against perpetuity. They are wholly or partially exempt from almost all taxes.

Who can form a trust

As per section 7 of the Indian Trusts Act, a trust can be formed –

But subject in each case to the law for the time being in force as to the circumstances and extent in and to which the Author of the Trust may dispose of the Trust property.A person competent to contract is defined in section 11 of the Indian Contract Act as a person who is of the age of majority according to the law to which he is subject and who is of sound mind and is not disqualified from contracting by any law to which he is subject. Thus, generally speaking, any person competent to contract and competent to deal with property can form a trust. Besides individuals, a body of individuals or an artificial person such as an association of persons, an institution, a limited company, a Hindu undivided family through it's Karta, can also form a trust.

It may, however, be noted that the Indian Trusts Act does not apply to public trusts which can be formed by any person under general law. Under the Hindu Law, any Hindu can create a Hindu endowment and under the Muslim law, any Muslim can create a public wakf. Public Trusts are essentially of charitable or religious nature, and can be constituted by any person. 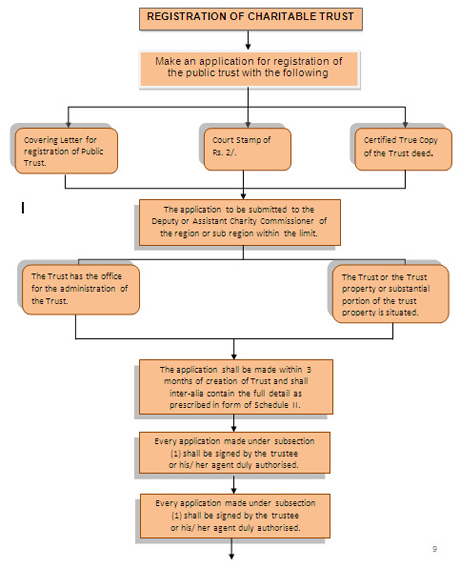