EFFECT OF BUDGET ON DEPRECIATION OF GOODWILL

Goodwill is an intangible asset that represents non-physical items that add to a company’s value but cannot be easily identified or valued. Goodwill is usually associated with mergers and acquisitions (M&A). When one company is purchased by another, it is common for the buyer to pay more than the market value of the target business’s identifiable assets and liabilities. The amount paid in excess of the market value is known as goodwill. Items included in goodwill are proprietary or intellectual property and brand recognition, which are not easily quantifiable. 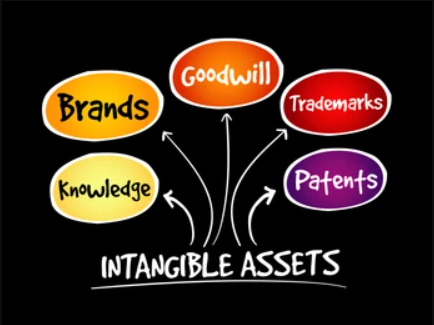 intangible assets also viz. know-how, patents, copyrights, trademarks, licences, franchises or any other business or commercial rights of similar nature. Although the word ‘Goodwill’ is not specifically stated in the list of various intangible assets, it is considered to be in nature of intangible asset eligible for depreciation. However, the allowability of depreciation on goodwill under section 32 of the IT Act has been subject matter of debate with the Revenue Authorities.

Treatment of depreciation on the different types of goodwill before Budget 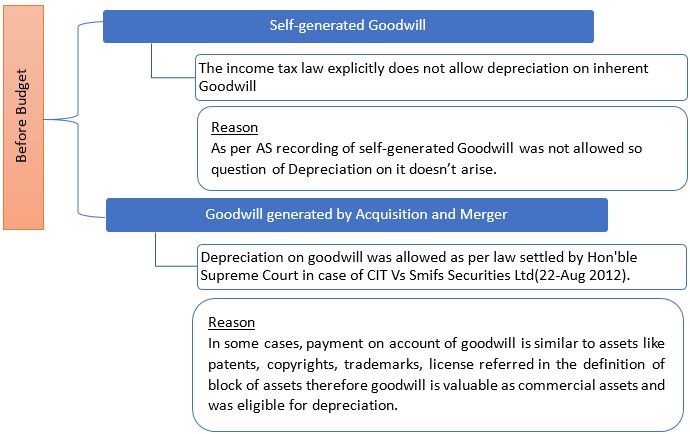 Treatment of depreciation on the different types of goodwill after Budget

Changes proposed to be made by Finance bill 2021: 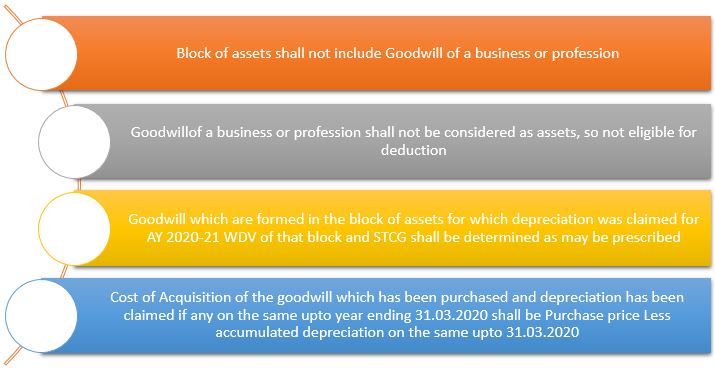 The amendment on goodwill is retrospective as depreciation on any past goodwill, partly claimed in the past, would not be available going forward. Therefore, while the amendment is prospective, it would adversely impact any goodwill created before 31st March 2020. The amendment is retrospective from 1st April 1998 and will also impact internal corporate restructuring where goodwill was claimed. This may lead to more litigation.
Several big-ticket M&A transactions for example Hindustan Unilever’s acquisition of Horlicks in Dec 2018 from GlaxoSmithKline, had claimed high goodwill as depreciation and will now be impacted by this amendment as no further depreciation shall be allowed. 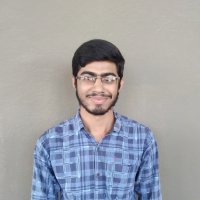