Section 164-Disqualification for Appointment of Director

A company is a legal entity and does not have any physical existence. It can act only through natural persons to run its affairs. The person, acting on its behalf, is called Director. But there are certain conditions subject to which one can become the director of the company. One cannot be appointed as director of a company if he is disqualified under Section 164 of Companies Act, 2013. 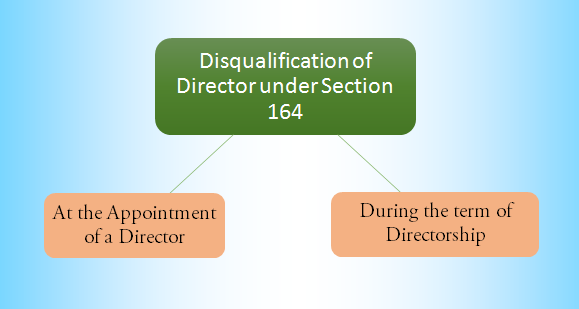 Section 164 of the Companies Act specifies these conditions subject to which one is disqualified from being appointed as a director of the Company.

Once a person is disqualified as a Director, he/she will not be eligible for being appointed as Directorof that company or any other company for aperiod of 5 years from the date on which the company failed to file annual compliance.

The order disqualifying a Director does does not take effect within 30 daysof conviction resulting in sentence or order. Hence, any person who has received an order order can file the returns and appeal within 30 days to stay the proceedings.

How can we help