Prosecution and Penalties for default in depositing TDS

What is Tax Deducted at Source ?

The concept of Tax Deducted at Source ("TDS") was introduced with an aim to collect tax from the very source of income.
As per this concept, a person who is liable to make payment of specified nature to any other person shall deduct tax at source and remit the same into the account of the Central Government.

What is TDS Credit?

The person from whose income, tax has been deducted at source would be entitled to get credit of the amount so deducted on the basis of Form 26AS or TDS certificate issued by the person deducting the tax.

Is there any consequence for delay/default in depositing TDS?

As per Section 276 B of Income Tax Act, if a person fails to deposit the Tax Deducted at Source, he shall be punishable with rigorous imprisonment for a term which shall not be less than three months but which may extend to seven years and with fine

CBDT Circular
However as per the CBDT Instruction dated 28-05-1980 and 09-09-2019, the prosecution under Section 276B should not normally be proposed when the amount involved is less than Rs. 25 Lakhs and the period of default is less than 60 days and the amount in default has also been deposited in the meantime to the credit of the Government.
But such relaxation will not apply to levy of interest under Section 201(1A)

Whether a person can get protection against prosecution under CBDT Circular?

The same was upheld in Bee Gee Motors and Tractors v. ITO and Vijay Singh v. Union of India & Anr that CBDT instructions will not protect an assessee from prosecution for non-compliance of TDS provisions

Whether prosecution under 276B will be initiated even if TDS is deposited belatedly?

As spelled in “ITO vs Firoz Abdul Gafar Nadiadwala – 2014 “it appears that if the payment is made at belated stage then it will be treated as default and appropriate action can be taken under this Act. It also clear that deposit of TDS with delay does not absolve criminal liability”
An assessee cannot be escaped from prosecution under Section 276B if the TDS amount that was deposited belatedly. In most of the cases where accused was convicted under Section 276B, assessee had deposited TDS belatedly, but no heed was given for the same

Is there any compounding of offence for default of TDS?

Section 279(2) of the IT Act provides for compounding of the offence of Section 276B.

What is Compounding of Offence?
Compounding of offences means that the assessee can, instead of serving imprisonment term, pay a fee to the revenue department and waive his prosecution charges.

What is rate of compounding fees?
Compounding fees is 5% per month or part of a month of amount in default.
However, authorities determine as to what kind of offences should be compounded, if at all, and under what conditions.

What are the other penalties for delay in deposit of TDS?

The penal provisions with respect to delay and default in depositing the TDS are harsh and The harsh nature is apparent from the fact that there is no mitigating benefit to a person who has without any notice or demand has voluntarily paid the TDS along with interest for delayed period. Hence it is advised to comply with the provisions related to deduction and deposit of TDS without any fail, otherwise which may lead assesses landing in rigours imprisonment or huge penalties and fine. 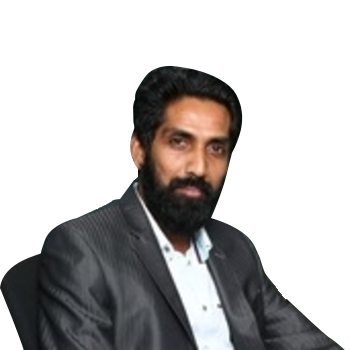