Whether GST Applicable on Liquidated damages?

What is Liquidated Damages?

Liquidated Damages is not defined in GST Acts but is a common concept in business. Section 73 and 74 of Indian Contract Act, 1872 deals with 'liquidated damages' and the same are reproduced below:

Section 73: "When a contract has been broken, the party who suffers by such breach is entitled to receive, from the party who has broken the contract, compensation for any loss or damage caused to him thereby, which naturally arose in the usual course of things from such breach, or which the parties knew, when they made the contract, to be likely to result from the breach of it"

Section 74: "When a contract has been broken, if a sum is named in the contract as the amount to be paid in case of such breach, or if the contract contains any other stipulation by way of penalty, the party complaining of the breach is entitled, whether or not actual damage or loss is provided to have been caused thereby, to receive from the party who has broken the contract reasonable compensation not exceeding the amount so named, or as the case may be, the penalty stipulated for."

In other words, we can say that "Liquidated damages are damages or a sum of money which is agreed upon in a contract to be paid to a party by another party in the event of breach of any term or condition of the contract".

As per Schedule II of CGST Act, 2017, there are some activities which are to be treated as supply of goods or supply of services. Liquidated damages are covered under the Clause S(e) of said Schedule II and are to be treated as Services. There is no specific Service Accounting Code (SAC) for liquidated damages. It may be covered under Heading "9997" [please refer Central Tax (Rate) Notification no.11/2017 dated 28.06.2017] on which GST is payable @18%.

Is invoice need to Issued separately?

Let us see some examples 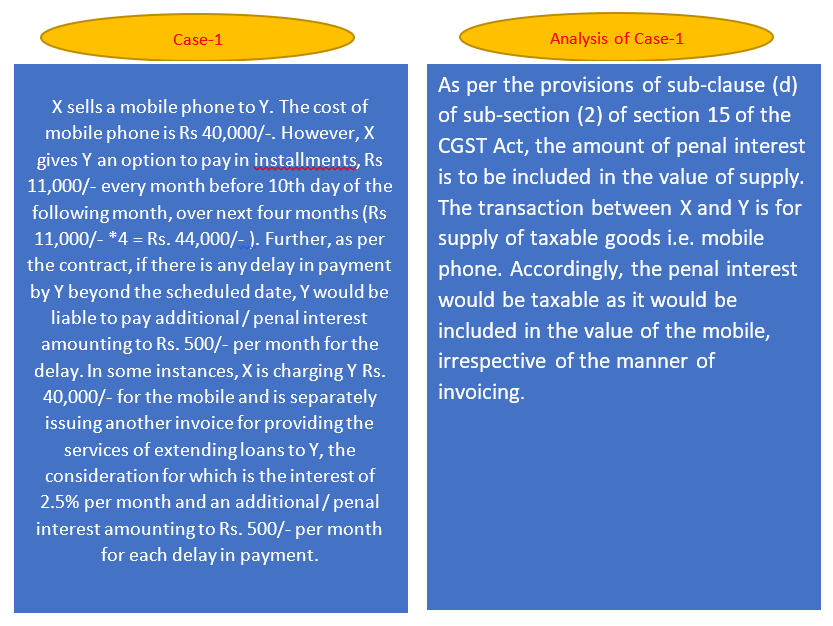 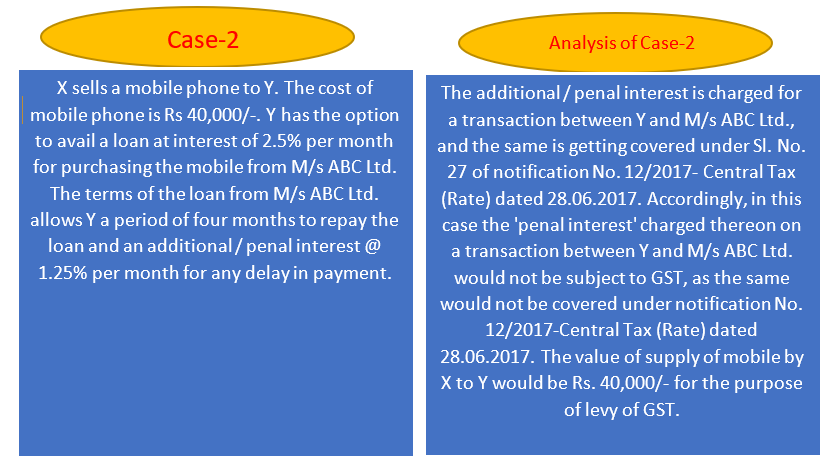 Why Case-1 is taxable?

As per the provisions of sub-clause (d) of sub-section (2) of section 15 of the CGST Act, the value of supply shall include “interest or late fee or penalty for delayed payment of any consideration for any supply”

So in the case-1 the interest paid by Y to X is taxable.

Why Case-2 is not taxable?

As per Notification No. 12/2017- Central Tax (Rate) dated the 28.06.2017 “services by way of (a) extending deposits, loans or advances in so far as the consideration is represented by way of interest or discount (other than interest involved in credit card services)”is exempted.

So in case-2 interest is paid for extending the term of the loan. Hence the interest paid by Y to M/s ABC Ltd. Is Exempted. 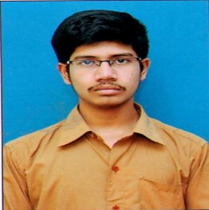