Our Hon’ble Finance Minister of India, Smt. Nirmala Sitharaman, presented the Finance Bill 2020 in the parliament on 01st February 2020. Various areas were touched upon in the budget and GST was also one of them. All the changes proposed in the finance bill have been approved by the parliament.

Below is summary of Key Changes in GST that have been brought vide Finance Act 2020:

1. Inclusion of Ladakh
Now Ladakh being a separate Union Territory, the same has been included in the definition of Union Territory under 2(114) of the CGST Act,2017 (Henceforth referred to as CGST Act)

2. Exclusion of Composition Scheme for Service providers
10(2) of the CGST Act lists out the persons who are ineligible to opt for composition scheme. However, the section listed out various supplier of goods who were not eligible to opt for the scheme but had not mentioned anything regarding service providers.
Therefore, in the budget, the word “or services” was inserted in clauses (b), (c) and (d) of 10(2) of CGST Act and thus also restricts the below service providers from opting Composition Scheme:
a) Inter-state Service provider
b) Services outside purview of GST
c) Supply of Service through e-commerce operator who deducts TCS

3. ITC on Debit notes issued in next FY
As per the CGST Act, the last date for claiming input tax credit of any invoice or debit note was due date of GSTR 3B of September of next year or the date of annual return whichever is earlier.
For instance, if a debit note is issued for an invoice of March 2018, in the month of April 2018, then the last date for claiming the ITC on such debit note, as per the provisions before budget 2020 would be September 2019.
With the amendment of 16(4) of CGST Act, now the date of debit note would be of no relevance and only the date of the invoice to which such debit note pertains would be considered. In the above illustration, the due date to claim the input of the debit note raised in April 2018 would be September 2018 only.

6. Time and Manner of issue of Tax Invoices
Section 31 has been amended to enable the provision for prescribing the time and manner of issuing invoice for supply of taxable goods or services, as the same was absent in the act till date.

9. Penalty for fraudulent/fake availment of ITC
Sub section (1A) has been inserted in Section 122 of CGST Act to levy penalty at an amount equivalent to the tax evaded or fraudulent availment/passing on ITC in the below cases
a) Supply of goods/services without valid tax invoice
b) Issue of Invoice without supply of Goods or Services
c) Availment/utilization of ITC without receipt of goods or Services
d) Distribution of ITC in violation of Section 30 of CGST Act

12. Extension of Removal of Difficulties Order – Section 130
Section 172 of CGST Act deals with removal of difficulty order and the time limit for passing of the order was 3 years from 1st July 2017. Now the same has been amended to 5 years from 1st July 2017. So, the Council has 2 more years of time to remove/amend the provisions for which taxpayers are facing difficulties in complying with such provisions.

The above is just a summary of key changes that have been brought in GST by the Finance Act, 2020. However, some of the changes as mentioned in the act are yet to be notified. But this should not hold us back from understanding the lawmakers’ intention with the changes brought and so that we can be ready to face the circumstances arising of these amendments, once the same is notified 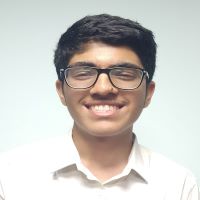