Interest on late payment of TDS does not constitute Business Expenditure 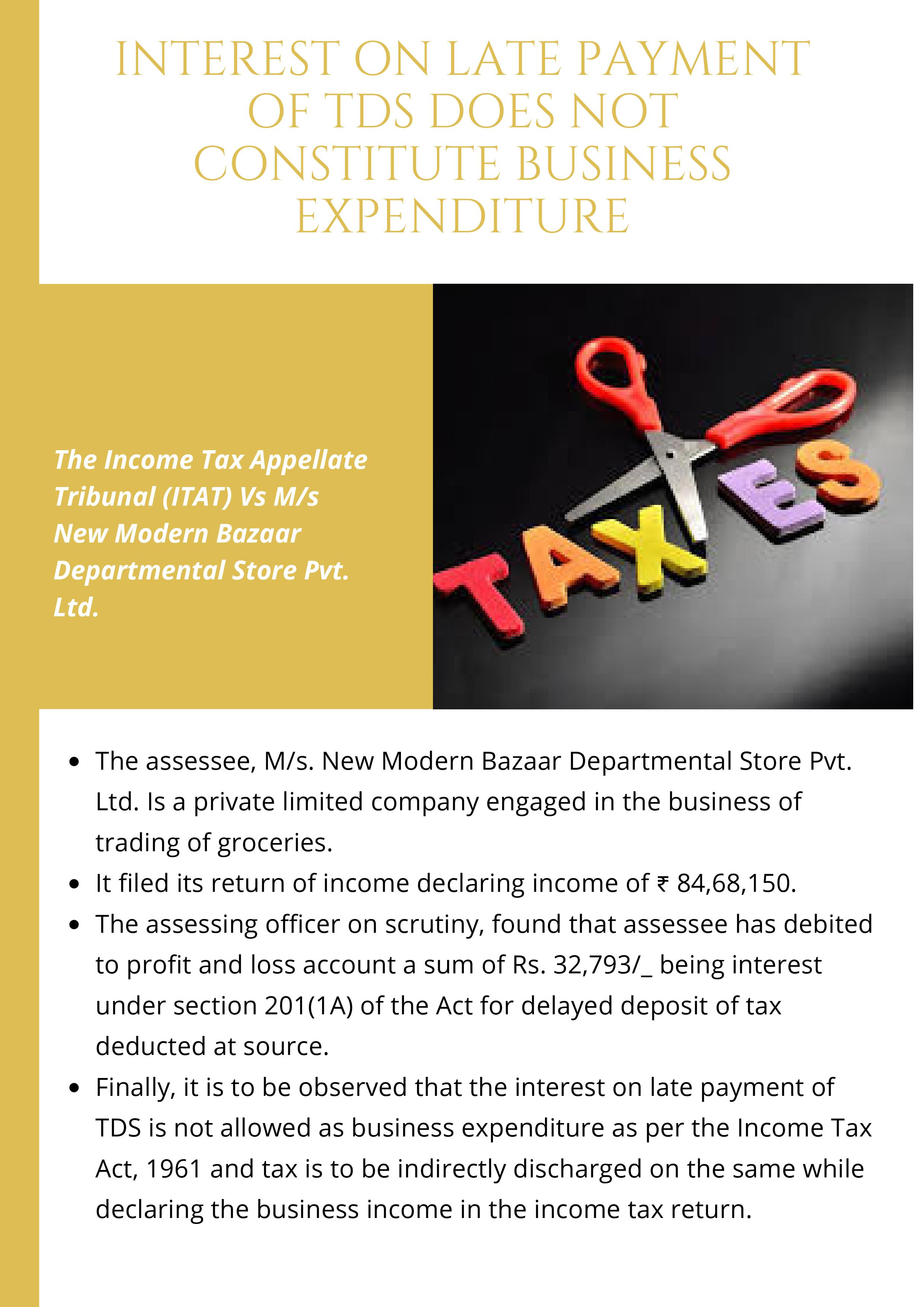 The mechanism of TDS has a relative importance in the business environment and non-adherence of the same will attract the penal provisions as per the Income Tax Act, 1961. And the interest on late payment of TDS will attract penalty as per the Act. Firstly, will see the mechanism of TDS payment to the Income Tax Department with the help of below flowchart. 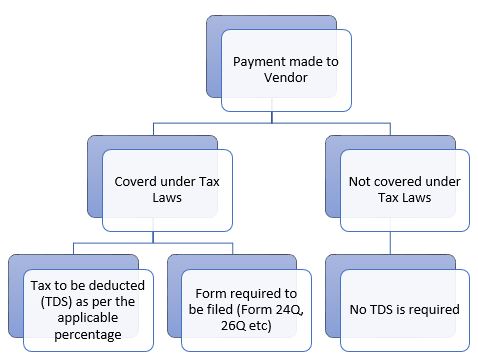 The Tax deducted at certain percentage shall be deposited to the Income Tax department on every 7th of the following month (assumption is that the tax is deducted on 30th of the month). And for the month of March 20x1 the last date of deposit will be 30th April 20x1. This is the mechanism of TDS payment as per the Income Tax laws.

Now let’s consider the case of non-adherence to the law. The income tax department imposes penalty on tax to be deducted at source or tax deducted yet to deposit to the department. Let’s see the payment mechanism to the department with the help of the below flow chart: 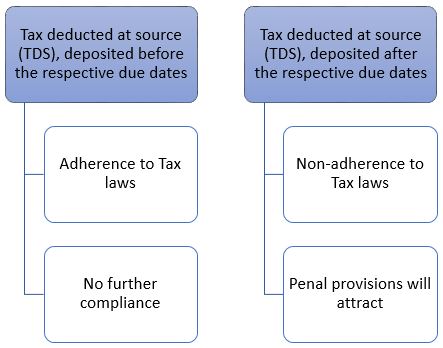 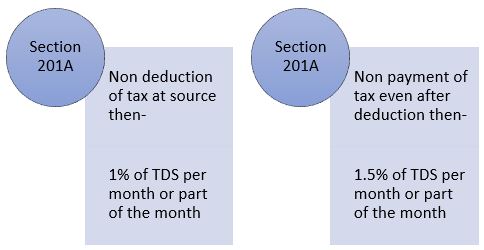 After descriptive and diagrammatic overview of the mechanism, let’s move to the “Disallowance of interest on late payment of TDS as expense” in the books of accounts. Generally, any expense incident to the run and comply with the rules and regulation under the business environment can be allowed as business expense under the Income Tax laws if and if not specified by the Act.

The interest on late payment of TDS to the department will be disallowed as eligible expenditure in adherence to proviso to section 37 (1) of the Act. It has been clearly explained in the list of expenditures NOT allowable as deduction under section 37(1) from Business Income under which point 2 specifies that “Penalty and damages paid in connection with infringement of law” not allowed as business expenditure.

As the interest is paid to the department in respect of non-adherence of law, so whatsoever may be the reason internally but the amount paid in respect of the above cannot be claimed as business expenditure under the Income Tax Act, 1961.

The assessee, M/s. New Modern Bazaar Departmental Store Pvt. Ltd. Is a private limited company engaged in the business of trading of groceries. It filed its return of income declaring income of ₹ 84,68,150. The assessing officer on scrutiny, found that assessee has debited to profit and loss account a sum of Rs. 32,793/_ being interest under section 201(1A) of the Act for delayed deposit of tax deducted at source.

This information is furnished in the tax audit report submitted to the department. The AO on examination noted that any expenditure incurred by an assessee for any purpose, which is an offence or prohibited by law, shall not be deemed to have been incurred for the purpose of business or profession and no deduction shall be made in respect of above expenditure.

Therefore, the Assessing Officer was of the view that the interest on delayed payment of TDS is not an allowable expense. Before the Assessing Officer, the assessee merely submitted the ledger account of such interest expenditure. Therefore, it was disallowed but the assessee argued before the CIT(A) that interest on late deposit of TDS is compensatory and not penal in nature.

In reply to the above, the CIT(A) held that the interest paid under the provisions of the Act is not a deductible expenditure and not compensatory in nature too. Held that, the interest on late payment of TDS is neither an expenditure wholly and exclusively incurred for the purpose of business and further it is payment, which is in form of tax, it is not an allowable expenditure. In support to the judgment, submitted the supporting, the proviso of section 37(1). It has been clearly explained in the list of expenditures NOT allowable as deduction under section 37(1) from Business Income under which point 2 specifies that “Penalty and damages paid in connection with infringement of law” not allowed as business expenditure.

Conclusion: Finally, it is to be observed that the interest on late payment of TDS is not allowed as business expenditure as per the Income Tax Act, 1961 and tax is to be indirectly discharged on the same while declaring the business income in the income tax return.