IS GST APPLICABLE on DONATIONS? 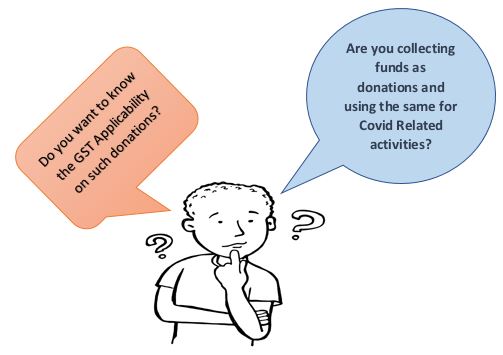 As per Section 7 of the CGST act, 2017 Following elements should be present in the transaction

1.Consideration
2.Transaction should be in the further course of business

At the same time, as per Schedule III of the CGST Act, Activities need to be considered as Supply even if made without consideration.

As per the provisions of CGST Act, GST is exempted on charitable or religious activities done by entities registered under Section 12AA of the Income Tax act, 1961

Hence, from the above provisions it is clear that even though the amount is received for charitable purposes, GST need to be charged at the time of receipt of donation as the recipient is not covered under Section 12AA of the income tax Act. however, ITC on the goods/services procured for rendering such charitable activities can be claimed to discharge the liability. 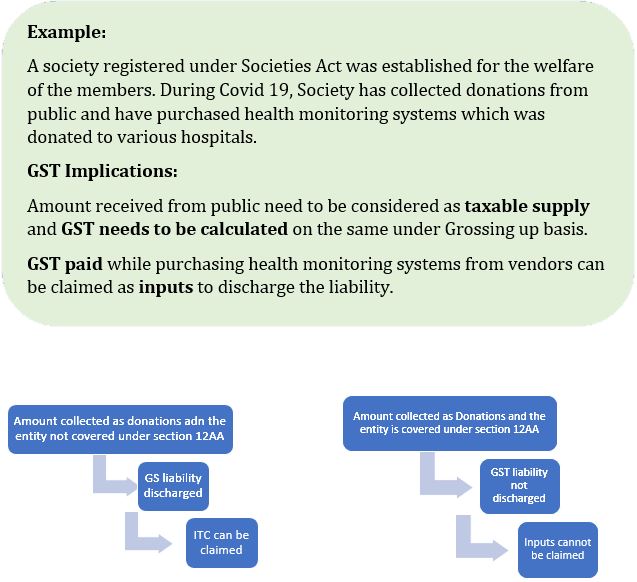 Conclusion: If the entity has discharged liability on the Amount received as donation considering that as supply, then the inputs can be claimed which was received while incurring that amount as expenditure. 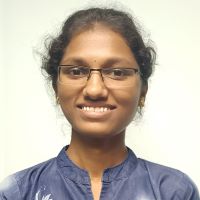