FOREIGN TAXES WHICH ARE NOT ELIGIBLE FOR RELIEF U/S 90 AND 91 - WHETHER ALLOWABLE AS EXPENSE?

Whether foreign taxes which are not eligible for relief under section ('u/s') 90 and 91 are allowable as expense under the Income-tax Act, 1961 ('the Act')? This issue is debatable for a while now. Of late this issue has been decided both in favour of and against the taxpayers by different Tribunals and High Courts. This article succinctly discusses this issue through the provisions of the Act and judicial pronouncements.

To analyse whether or not said taxes could be allowed as deduction,we should Discuss provisions of 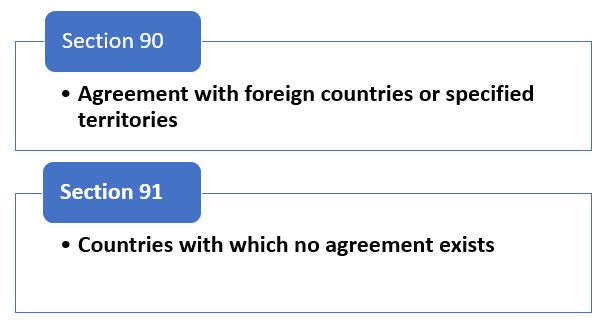 (a) for the granting of relief in respect of 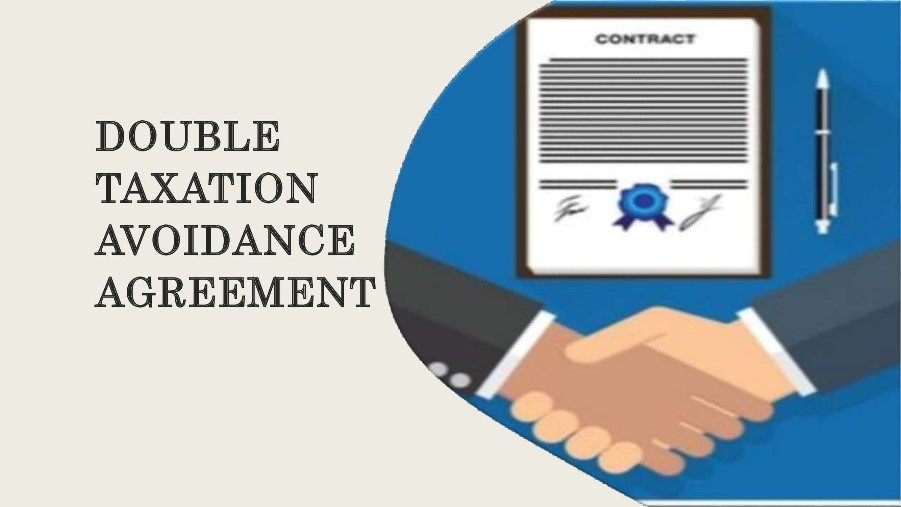 Most of the treaties generally follows ordinary credit method wherein relief of taxes paid in foreign country would be limited to tax payable on said income in India which would be eligible for relief of tax u/s 90andthe balance would become ineligible for relief of tax u/s 90. Therefore, balance amount of foreign taxes if not allowed as deduction (under any other provision of the Act) would become a cost for the entity, despite being a genuine & legitimate expense incurred wholly and exclusively for the purpose of business.

Section 91 - Countries with which no agreement exists 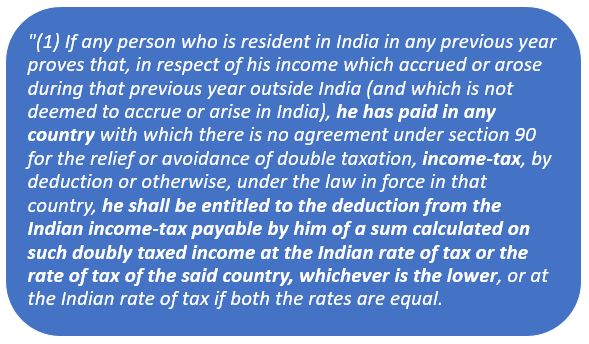 Whether foreign taxes which are not allowed as relief u/s 90 and 91, attracts any specific disallowance u/s 40(a)(ii) of the Act. To analyse this, the provisions of section 40(a)(ii) are reproduced below:

Notwithstanding anything to the contrary in sections 30 to 38, the following amounts shall not be deducted in computing the income chargeable under the head "Profits and gains of business or profession",-

(i) any sum paid on account of any rate or tax levied on the profits or gains of any business or profession or assessed at a proportion of, or otherwise on the basis of, any such profits or gains.

Meaning of eligible for relief u/s 90/91
If income earned outside India is Rs.100, taxes paid in foreign country on said income is Rs.20 (tax on gross basis ) and 'Tax payable on such income under normal provisions in India' is Rs.3 (tax on net basis), then 'Tax relief available in India' will be lower of Rs.20 and Rs.3 i.e. Rs.3. Thus, as deduction/relief u/s section 90/91 is restricted to Rs.3 then only that Rs.3 could be treated as eligible for relief of tax u/s 90/91. However, entire Rs.20 will be treated as "any sum eligible" in explanation to section 40(a)(ii) and therefore, even if only Rs.3 allowed as deduction, entire Rs.20 attracts disallowance u/s 40(a)(ii).

To analyse whether foreign taxes which are not allowed as relief u/s 90 and 91 pass through the test of section 37(1), the provisions of section 37(1) are reproduced below:

From perusal of provisions of section 37(1), it is notable that the following four conditions need to be satisfied for any expense to be deductible u/s 37(1) of the Act: 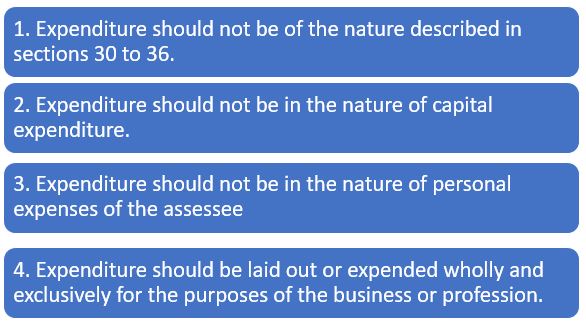 In view of above, the 'foreign taxes which are not allowed as relief u/s 90 and 91' are allowable as deduction u/s 37(1) of the Act as they meet all the conditions prescribed in section 37(1) of the Act and are not specifically disallowed under any other provision of the Act. It is because said foreign tax is paid in the course of the business and the corresponding business receipts are taxed in India.

"Section 43B - Certain deductions to be only on actual payment

Notwithstanding anything contained in any other provision of this Act, a deduction otherwise allowable under this Act in respect of —

In view of applicable provisions supported by legislative intent and judicial precedents, taxpayers may claim deduction of 'foreign taxes which are not allowed as relief u/s 90 and 91' as business expenditure u/s 37(1) of the Act and no disallowance should be attracted u/s 40(a)(ii) of the Act which has limited application on only that amount which is eligible for relief u/s 90/91.

To provide clarity and to settle this issue once for all, it is better if the Government clarifies it by inserting a suitable explanation, hopefully granting deduction at least once and not letting it to be a non-deductible expense. 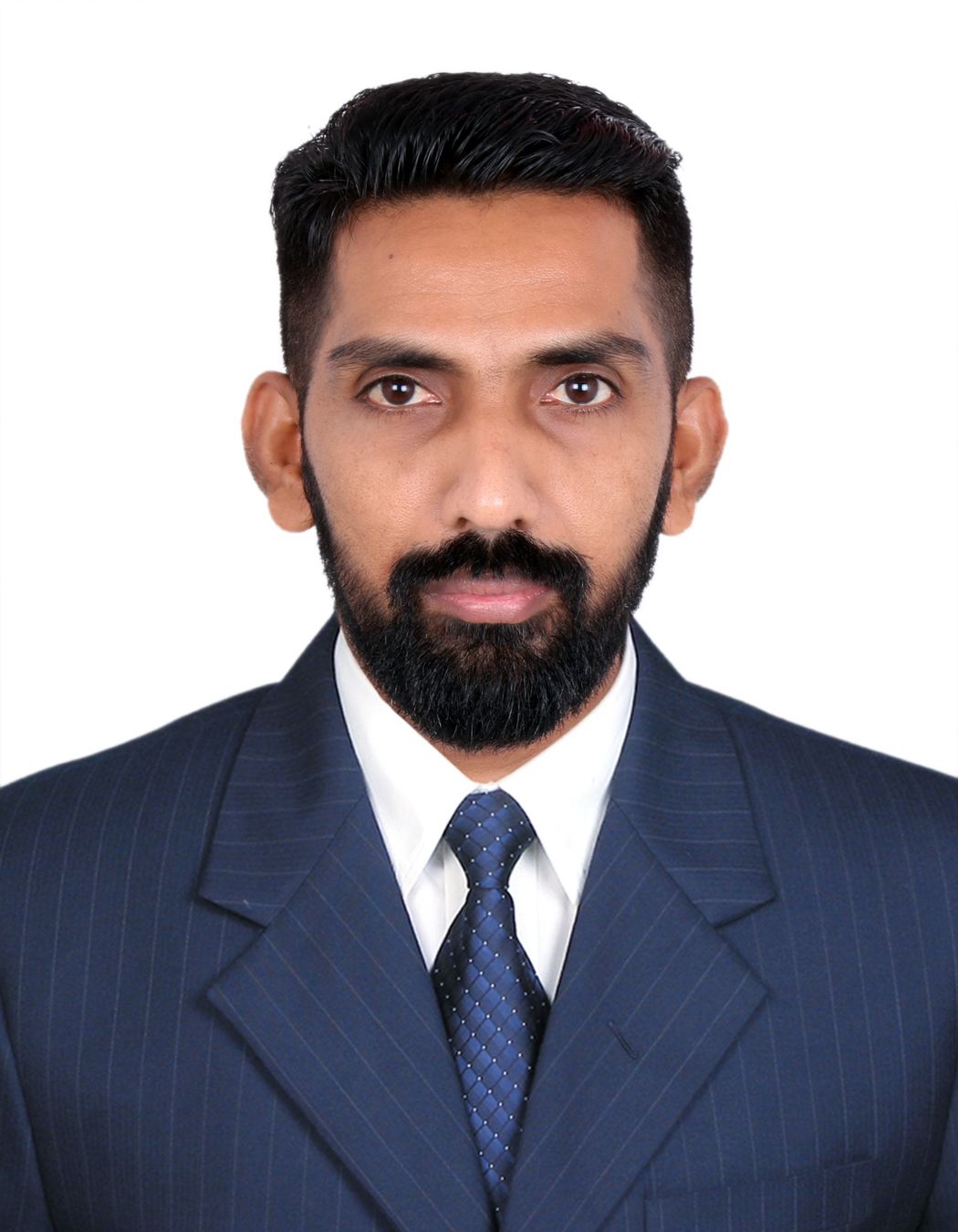