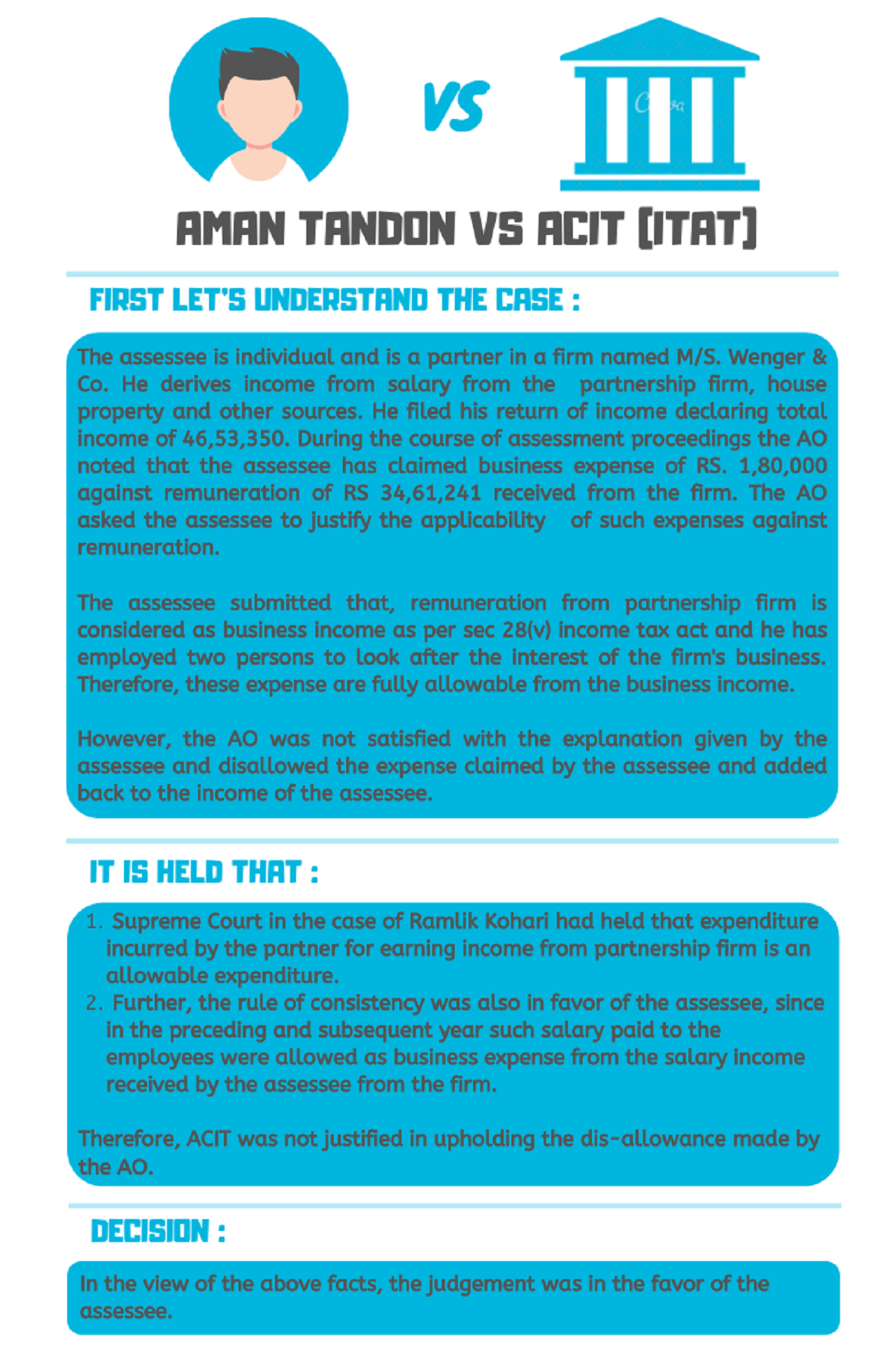 FACTS OF THE CASE:

The assessee is individual and is a partner in a firm named M/S. Wenger & Co. He derives income from salary from the partnership firm, house property and other sources. He filed his return of income declaring total income of 46,53,350. During assessment proceedings, the AO noted that the assessee has claimed business expense of RS. 1,80,000 against remuneration of RS. 34,61,241 received from the firm. The AO asked the assessee to justify the applicability of such expenses against remuneration.

The assessee submitted that remuneration from partnership firm is considered as business income as per sec 28(v) Income Tax Act and he has employed two persons to look after the interest of the firm's business. Therefore, these expenses are fully allowable from the business income.

IT IS HELD THAT

Supreme Court in the case of Ramlik Kohari had held that expenditure incurred by the partner for earning income from partnership firm is an allowable expenditure.

Further, the rule of consistency was also in favour of the assessee, since in the preceding and subsequent year such salary paid to the employees were allowed as business expense from the salary income received by the assessee from the firm.

Therefore, ACIT was not justified in upholding the dis-allowance made by the AO and the judgement was in the favour of the assessee.