• System-based registration has been enhanced from 3 days to 7 days.
• That is now department shall be required to review and grant registration within 7 days against 3 days as provided earlier from the date of filing of registration application. • Where the applicant does not do Aadhaar authentication or where department feels fit to carry out physical verification the time limit for grant of registration shall be 30 days instead of 21 days.

• Clause (e) in Rule 21 of CGST Rules 2017: Now the officer can proceed for cancellation of GSTIN where a taxpayer avails Input Tax Credit (ITC) exceeding than that permissible in Section 16. • Clause (f) inserted in Rule 21 of CGST Rules, 2017 : Liability in GSTR-3B < GSTR-1, cancellation may be initiated where the liability declared in GSTR 3B is less than that declared in GSTR 1 in a particular month, department may now proceed with cancellation of GSTIN.

• Where there are significant deviation / anomalies between details of outward supply between GSTR- 3B and GSTR-1 or inward supplies (ITC) between GSTR-3B and GSTR-2B which indicate contravention of act, department shall now serve a notice in form GST Reg.- 31 to call explanation as to why GSTIN should not be cancelled.
• Taxpayer shall be required to submit his reply within 30 days of such notice being served to him.

NO REFUND DURING SUSPENSION OF GSTIN:

• Where a GSTIN is suspended, no refund under Section 54 of CGST Act 2017 can be availed by the taxpayer.
• This means that first GSTIN Suspension proceedings have to be closed before applying for refund.

• The claim of ITC in respect of invoices not furnished by the corresponding vendors has now been restricted to 5% of the credit available in GSTR 2B. This limit earlier was 10% of ITC available.
• This would mean that a taxpayer’s ITC claim shall now be restricted to 105% of the Credit reflected in his GSTR 2B.
• The provision shall come into effect from 1st January 2021.

RESTRICTION ON UTILIZATION OF ITC- RULE 86B

• New Rule 86B shall be affected from 1st January 2021 wherein restriction has been placed on setting off more than 99% of tax liability from Input tax credit where the value of taxable supplies other than exempt supply and zero rated supply exceeds Rs. 50 lakhs in a month

• Earlier one day was permitted for distance up to 100 km under E-Way Bill provision.
• Now the same has been increased to 200 km.
• This means that only one day validity shall be granted to cover a distance up to 200 km which was earlier 100 km. 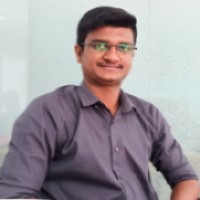