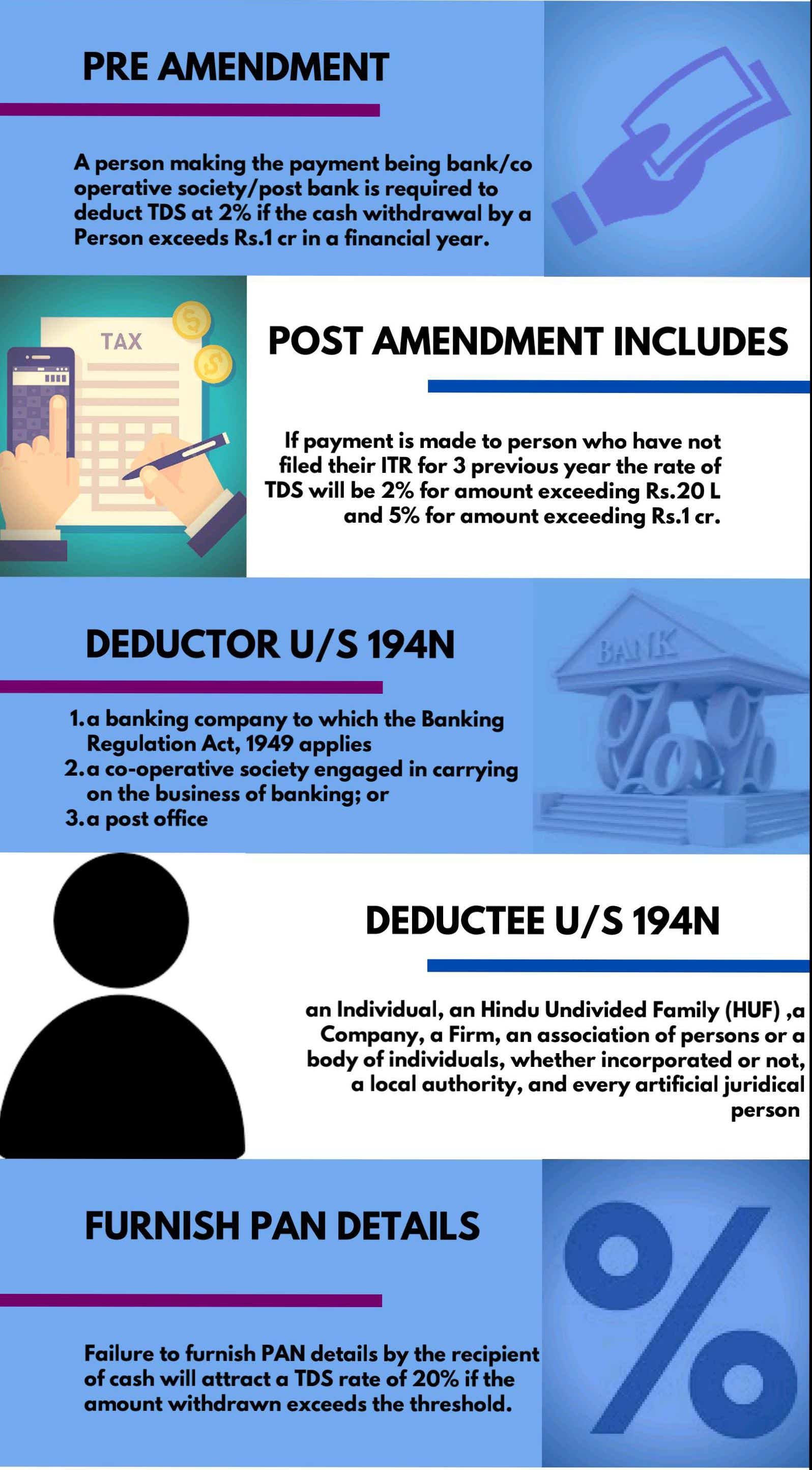 To discourage cash transactions and to promote digital economy, the government has introduced ‘Section 194N – TDS on cash withdrawals over and above Rs 1 crore’ has been introduced through the Finance Bill, 2019.

However, the said section 194N was amended by Finance Act, 2020 by clause 83A of the Finance Bill, 2020 as passed by the Lok Sabha and thus the Scope of TDS on cash withdrawal has been extended to include tax deduction on cash withdrawal over and above Rs.20 lakh ,this amendment came to effect from 01st July 2020.

This section applies when.

WHO IS RESPONSIBLE TO DEDUCT TAX? 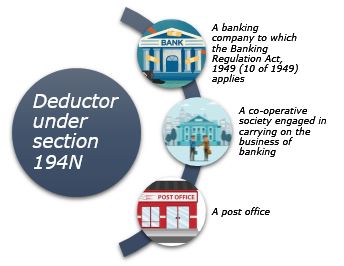 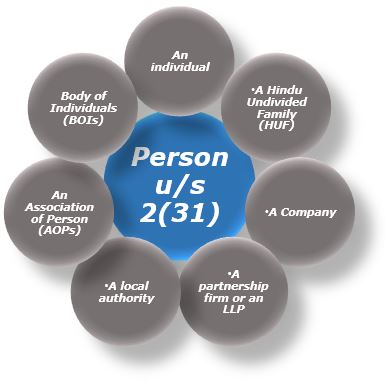 However Sec 194N will not apply to withdrawals made by following taxpayers: -

According to this section the payer is required to deduct tax at the rate of 2% once the annual withdrawal from one or more accounts maintained by the person exceeds Rs 1 crore.

And as per the amendment in case of a recipient who has not filed the returns of income for all the three assessment years relevant to the three previous years, for which the time limit of file return of income under sub-section (1) of section 139 has expired, immediately preceding the previous year in which the payment of the sum is made to him, the provision of this section shall apply with the modification that—

(i) The sum shall be the amount or the aggregate of amounts, as the case may be, in cash exceeding Rs 20 lakh during the previous year. And

(ii) The deduction shall be— 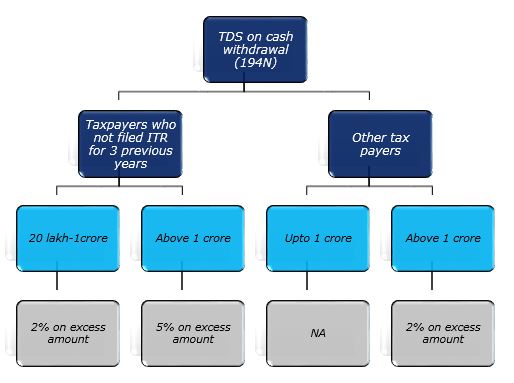 Tax is to be deducted at the time of making the payment to the recipient.
TDS u/s 194N applies on cash withdrawals only more than prescribed threshold. This means TDS will not apply on the first one crore (or twenty lakhs as the case may be) of cash withdrawal during the previous year. It applies only on the amount withdrawn in cash above the prescribed limit.
The language of the draft bill (in 2019) provided that the cash withdrawal from single account should be considered for this purpose. However, this anomaly was duly rectified by inserting the phrase “one or more accounts maintained by the recipient”.
Therefore, cash withdrawals from all accounts of the same person should be considered in aggregate for reckoning the threshold limit.

As per section 198 all sums deducted in accordance with the foregoing provisions of this Chapter 17 shall, for the purpose of computing the income of an assessee, be deemed to be income received.

Section 198 was amended by adding a proviso to Section 198 and now is a part of the Finance Act, 2019, which is reproduced as under –

"Provided further that the sum deducted in accordance with the provisions of Section 194N for the purpose of computing the income of an assessee, shall not be deemed to be income received."

The above amendment itself intends to mean that the tax deducted on withdrawal of cash shall not be the income of an assessee and hence section 194N is not against any income and the recipient is never going to treat the cash withdrawn as its own income.

Section 206AA requires every taxpayer who receives taxable income to furnish their PAN to the payer of such income. This applies to both the resident as well as non-resident recipients.

A recipient who fails to furnish PAN to the person making a payment would suffer TDS at the higher of the rates mentioned below:

So, failing to furnish your PAN or furnishing a wrong PAN will lead to a TDS of not 2% rather 20%. 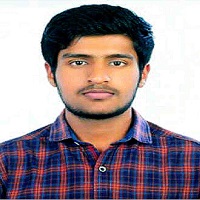