Annual General Meeting of The Company

An Annual General Meeting (AGM) is a meeting which should be Conducted by every applicable company where an opportunity will be provided to its shareholders to discuss up on the growth and may other matters relating to the company. 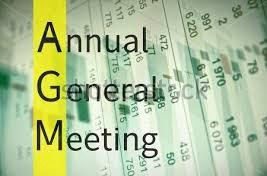 The applicability of Annual general Meeting is dealt under section 96 of companies Act,2013 according to which :

Timeline for conducting an AGM 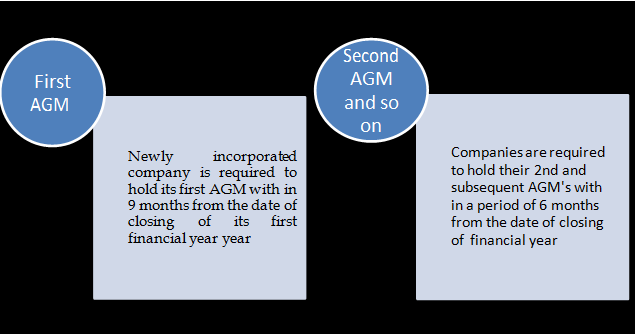 Timeline extension for conducting an AGM

An application( in form GNL-1) can be made with the registrar of companies for extending the timeline of holding the AGM. However the period of extension for which application is made should not be more than 3 months i.e., holding of AGM cannot be extended for a period more than 3 months from the specified timeline.

Timings for conducting an AGM

An AGM can be conducted on any day other than a national holiday during the business hours i.e., 9 a.m. to 6 p.m.

Let us understand all the above mentioned provisions with the help of an example :