Circular No.7/7/2019-GST dated 01.09.2017 was issued to provide a guide and system reconciliation of returns GSTR 1 (Outward Supplies), GSTR 2 (Inward Supplies) and GSTR 3 (Consolidated Report of Inward and Outward supplies for discharge of liability). According to the circular dated 01.09.2017, any rectification on Outward liability or Input Tax Credit (ITC) would be made in the very month to which the liability or ITC pertains. The original Scheme of GST had a mechanism of filing GSTR 1,2,3. In that mechanism, the taxpayers were eligible to rectify the return in the month to which it pertains. Then GSTR 3B introduced. There was no provision in GSTR 3B to rectify and the mechanism of 2 and 2A was not in place. It was hard for the Taxpayer to know their actual ITC. It also caused hardship in many cases, where there were huge mistakes in the amount. Either ITC or sales were misreported.

Facts of the Case

Bharti Airtel Ltd is engaged in the business of providing Telecommunication services in India, including Delhi, by virtue of Licence granted by the Dept of Telecommunication, Govt of India. With implementation of GST, it took registration in each state and union territory and now has 50 registrations under GST laws for making payment of CGST,SGST and IGST. Since the Compliance regime under the GST law is significantly different, includes introduction for technical changes enabling filing of the statutory forms GSTR 1,2 and 3. However, while putting the new law into practice, Government could not operationalise Form GSTR 2 and 3 and, as a result a summary scheme of filing Form GSTR 3B was introduced.

During the transition phase (erstwhile regime to GST) i.e.; July 2017 to September 2017, several issues cropped up which had a significant impact on tax paid, the output liability, and the ITC of the Petitioner and led to occurrence of several inadvertent errors. Hence the petitioner had to show the ITC based on an estimate. As a result, when the petitioner had to discharge the GST liability for the relevant period, the details of ITC available were not known and the petitioner was compelled to discharge its tax liability in cash, although, actually ITC was available with it but was not reflected in the system on account of lack of data. The Petitioner alleges that there has been excess payment of taxes, by way of cash, to the tune of approximately Rs. 923 crores. This was occasioned to a great degree due to non-operationalization of Forms GSTR-2A, GSTR-2 and GSTR-3 and the system related checks which could have forewarned the petitioner about the mistake.

It is held that

Delhi High Court in this regard held that Dept cannot take benefit of its own wrong. Accordingly, court allowed the present petition and permit the petitioner to rectify Form GSTR 3B for the period to which the error relates, i.e. the relevant period from July 2017 to September 2017. Court also directed the Respondents that on filing of the rectified Form GSTR-3B, they shall, within a period of two weeks, verify the claim made therein and give effect to the same once verified. 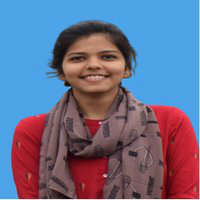